Undying and Marci seem to be the most consistently contested heroes of the patch. The latter is proving to be more and more of a nuisance and is frequently a first phase ban, while the latter typically slips through to the second phase, where he becomes a good, reliable lane support.

If you are a big believer in the TI effect, you could consider Enigma to be the most banned hero as well. However, after the last round of nerfs we feel like the hero will slightly fall off: Enigma is still incredibly strong at level seven, but getting there is a lot more problematic nowadays, since your early level Eidolons can be nuked down quite easily by most supports.

For the highest Win Rate we are going to go with Tinker. Out of all “good last pick = autowin” cheese heroes, Tinker is probably the most reliable one. Broodmother is inconsistent, Huskar is in a bit of a weird spot, Meepo is just bad and Arc Warden is theoretically punishable by hyper-aggressive itemization.

For most kills we are going with a core hero who is consistent and has a high damage output. Lina has two different killer builds, is very flexible and will get kills even in a bad game.

For assists you can go with both Treant Protector and Ancient Apparition. The former is statistically ahead, so we are going to go with it.

Lowest Death average is a tie between Tinker and Morphling. We are going to go for Tinker simply because he is a less popular hero who is usually picked last or close to it. He is more set up for success when he appears in drafts.

Last Hit average is Naga, no need to deviate. It’s been Naga for the last several years and the hero is in a good spot so that she will be picked at least five times.

Templar Assassin is usually the highest XPM hero since she quickly transitions from hitting creeps to melting supports, getting a ton of experience in the process and ending the game quite quickly. Do not disregard the PM part of XPM.

For most kills in a game you usually want a hero that can win fight after fight, but can’t really close the game. Preferably a highly mobile hero as well. Tinker works, but so do Storm, Ember and Void Spirit. Queen of Pain is also worth considering.

Finally, Naga Siren is our pick for the most Last Hits in a game, as it makes absolute sense. This hero will have a bad game where she will not be able to snowball around the thirty minute mark and at this point her gameplan is split-pushing and cutting waves. Hence, a lot of creep kills.

For the tournament tab we are mostly just going with the historical data. Picked and Banned have been at 101+ for several years. Assists and GPM also consistently break through their maximum prediction value.

Most Deaths have been on decline year-to-year, so we are going a bit lower than last time. We feel like players are better at not dying unnecessarily. Most Kills is still at 26+ because some teams still very much enjoy toying with their food.

Number of games is 45 to 49, but you can go one higher if you feel the competition is going to be fiercer this time around. The longest game of the tournament, however, is a bit interesting.

Technically, we should put 60-69 minutes, since there is a whole Tier Five neutral item system to end the games now. But from what we’ve seen, if neither team has a massive lead, the Neutral Items don’t really accelerate the game all that much. Especially if there are a couple of defensive drops like Mirror Shield Book of Shadows or Force Boots.

Finally, for the most combined total kills, you can’t go wrong with either 91 to 100 or one above. Both make sense.

Unfortunately we can’t really predict the Team and Player tabs quite yet, since we don’t really know all the participants. There are some big names to consider for some of the categories.

We will release the second part of this post as soon as it is possible, most likely right after the Last Chance tournament ends, so stay tuned.

the much awaited article, thanks! 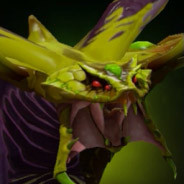 will tinker even get picked that much to make the 5 game minimum? unpicked/unbanned in lcq atm iirc Prediction for teams and players pls :) i think psg can play tinker, also stromstormer from eternity and bzm I also wanted to share something about my prediction for Players prediction. I already have it sorted out from their previous stats including regional and LCQ, but it's still up to you guys.
Pure has the most or with a very good stats this qualifiers so i'll arrange the answers from 1-10(Player with highest kill avg up to Player that plays the most different heroes)
1. Pure 2. Somnus 3. Pure 4. Fishman 5. Fishman 6. 23Savage 7. 23Savage 8. Pure 9. Pure 10. Abed

For Team Predictions, I also based and filtered the games, the duration and in-game stats and eliminated the teams that are no longer in the list of TI contenders and I'm hoping for PSG.LGD to win also.
1. PSG.LGD 2. RNG 3. Soniqs 4. Soniqs 5. Entity 6. Liquid 7. Hokori 8. Liquid 9. Betboom 10. EG

We've added new privacy controls for all players! Sign in to see your stats and learn about your options on the settings page.