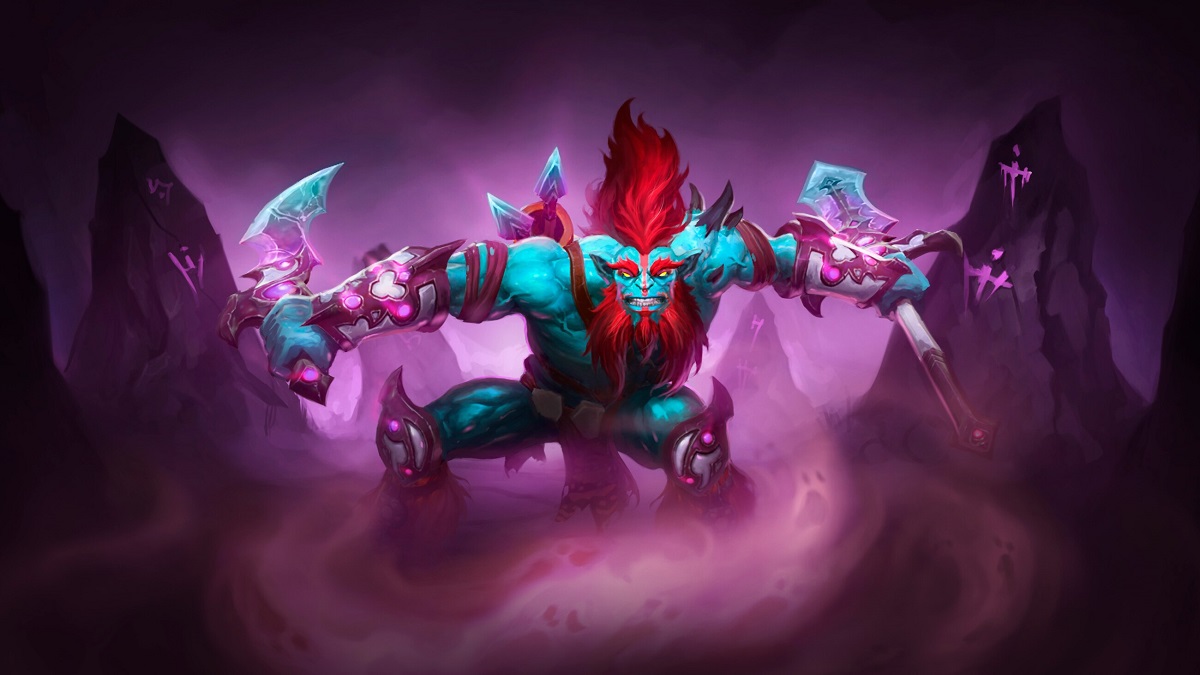 The last several patches did not feel particularly mid-centric. That doesn’t mean the role isn’t important, but there is definitely a shift from late-game oriented mids to more space-creating tempo ones. Or at least the ones that can come online fast and early.

Is one such hero and the one we talked about at length previously. When it comes to pub games, Huskar is among the most broken heroes in the current meta.

It mostly comes down to his Aghanim’s. Previously, once the hero started losing his relevance in fights against enemy BKBs, he just fell off. Unless Huskar could dominate the early game so hard the enemy had no recovery options and then reached level 25 in a very timely manner.

Right now, for a good portion of mid game Huskar can be a very strong utility hero for his team. Taunt is Spell Immunity-piercing, Undispellable disable that also prevents defensive Force Staff usage in most cases, since it forces direction. It is, probably, the strongest type of disable in the game and three seconds should generally be enough to get a priority kill if your carry is up to the task.

It doesn’t mean that the regular Armlet, BKB, Halberd kit should be ignored or delayed, but the new Aghanim’s definitely helps Huskar out where previously he was at his weakest.

After both 7.30 and 7.31 buffs, Storm Spirit is in a very good place. He is still a far cry from what he was back in the day, but with cheap access to manaloss reduction and multiple great mana regen buffing items, Storm can become a very annoying hero to deal with extremely early on.

There is little to no trickery involved with the hero, he is just straight up better than he was. With one or two Null Talismans early on and a Kaya and Sange as a follow up his survivability, mobility, damage output and reach become ridiculously high. In games where the lane went extra well, some players also squeeze in Witch Blade for that extra DPS.

One of the most popular progressions for the hero is the Revenant’s Brooch and this item can be incredibly effective, depending on the game. Going through high Armor targets in the late game can be problematic even for some of the strongest damage-dealing carries, but Storm not only gets five massive nukes, but he also gets to pick and choose when to use them, which makes all the difference, especially against BKB targets.

His Aghanim’s build should not be disregarded either: similar to Huskar, it allows Storm Spirit to become a very strong utility hero, which can make all the difference when Storm Spirit is less effective because of the enemy's long duration BKBs.

The hero probably won’t leave meta without some direct nerfs. They don’t necessarily need to be particularly heavy, but as one of the few heroes in the game who farms the new jungle as fast as the old one, Templar Assassin is just a little bit too reliable in her game plan execution.

Very little has changed for Lanaya in the new patch: you rush your Dragon Lance, Desolator, Blink Dagger, BKB kit and then proceed to kill supports. Later on, you get Daedalus for extra damage and Swift Blink and Hurricane Pike upgrades. When dealing with Ghost Sceptres and Ethereals, Nullifier is your solution of choice.

Your team will typically need to get the first two Roshans, which is rather trivial with TA. With the Shard and second Aegis, Templar Assassin usually wants to and can close the game. In all honesty, the TA gameplay and game plan got so formulaic and predictable over the last year, the only reason she keeps on winning most of her games even in high level pubs is because the hero is slightly overtuned.

TA aside, we see some new faces among the top three mid heroes of the patch in pubs, which is a welcome sight. We are especially excited about Huskar who was among the most obscure heroes for a very long time. Though we are not sure how long before this excitement turns into resentment, since Huskar is among the most annoying heroes to deal with. I dunno man, I've been have Death Prophet stomp my pubs for a month.

The Meta seems to be quite thick at the moment. There are several good heroes for each lane and role and there is no clear cut #1 heroes. Or at least not as clear cut number ones that have been there in the past. Basically, apart from the Primal Beast, there seems to be very few "broken" heroes at the moment. The game is very draft dependent now, which is very good... I wonder if we get a new patch now that the pro tour is over again, prior to the Battlepass release... I miss the days of pudge mid

To anybody thinking Death Prophet is missing from this list, one of her strengths right now is being able to flex between 3-4 roles. This makes her strong in a captain's mode setting, but rarely applies to her effectiveness as a position 2 in pubs. On top of that, it can take a great degree of coordination to gather a team around you whenever your ultimate is off cooldown. Whenever her ultimate is on cooldown, she also struggles to provide presence to the map.