Today, we would like to discuss yet another victim of players adhering to professional builds too much — Venomancer. The hero gained his initial popularity in SEA, but was soon adopted across the regions as one of the more specific offlaners. Recent nerfs do not seem to stop him, yet there are certain habits worth discussing and, perhaps, re-learning.

Venomancer doesn’t play like most offlane heroes. Instead of focusing on mobility, initiation, and playmaking, Venomancer’s plan for the game revolves around occupying and dominating a lane, constantly forcing the enemy to react to his push.

This best suits team compositions that can take advantage of that. If your team can group up earlier than the enemy team, constant pressure is what you are usually looking for and Venomancer provides that in spades. That is why in the professional scene, most frequently, we see the hero max out Plague Wards as early as possible. By constantly dealing chip damage to lane creeps and towers, Venomancer forces the opponent to play reactively, or lose map control.

That sounds very good on paper: instead of running around looking for a gank with a varying chance of success, you force the opponent to come to you or lose structures. But this playstyle is only truly enabled when your team is well-coordinated, and when Venomancer has a good start, so that when the enemy finally reacts, Venomancer doesn’t simply blow up. This is where the newer situational adaptation from professional players and our own recommendation for the majority of pubs comes from.

Looking at Venomancer's hero page, it is easy to see his most popular ability build, focused on value points in Venomous Gale and Poison Sting, with maxed out Plague Wards by level seven. There is usually nothing wrong with skipping the ultimate on the hero, but we would really like to talk about other skill distribution in the early levels.

Plague Wards allow for plan A to come to fruition as soon as possible, with one caveat: Venomancer first needs to zone out or even force out the enemy heroes from his lane and actually be a threat to start applying meaningful pressure to towers. Otherwise, the wards will get cleaned up as soon as they appear, especially when dealing with ranged cores.

This is why value points in Poison Sting and Venomous gale are usually not enough. If you look at the breakdown of the abilities, you will notice how much the damage jumps from level one to level two of both Gale and Sting. The former goes from 100 to 275 total damage, the latter from 36 to 126 total damage. In either case, it is a roughly 200% increase in damage output.

For comparison, you need to max out Plague Wards to triple their damage. Naturally, the comparison is flawed and Wards not only attack continuously and gain extra HP with levels, but the underlying logic is sound: Venomancer can’t start pressuring the lane until after the enemies are forced to leave, and in most cases, he can’t force enemies to leave without some help from his other abilities.

If you don’t believe us, you can check professional games on the hero, such as the one by 9Pasha in his winning series against Evil Geniuses.

We firmly believe that this approach is better in pubs in the vast majority of cases. The only reason not to go for it is if the enemy lane has access to dispel either through Oracle and Omniknight or on their cores, like Lifestealer, Juggernaut, and some illusion heroes.

One quick point we would also like to add is that given Venomancer’s playstyle and generally low survivability, tanking up is usually a priority. As mentioned previously, you need to force the enemy to react to you and, ideally, survive through their initiation when it does occur.

One very underlooked item in the current meta is Veil of Discord. It is certainly overshadowed by Drum of Endurance on the vast majority of core heroes and for a good reason: Movement Speed is a very important stat.

However, when it comes to Venomancer, with his incredibly low starting movement speed and access to many slows, Veil generally makes a lot more sense. You are unlikely to run out of a fight, so at least you can counter-punish the enemy pretty hard.

Spirit Vessel is also a very good option: Venomancer lost his regeneration debuff on Poison Sting, but in certain games, you still need this effect. Otherwise, a natural progression for the hero involves Pipe of Insight, Guardian Greaves and, sometimes, a Force Staff or Eul’s.

Aggressive late-game options include Octarine Core and Aghanim’s Scepter, whereas Lotus Orb or Shiva’s Guard can be very good defensively.

Venomancer has lost a bit of his identity as a “green hero”, once players started using him more as a macro character, rather than an infuriating lane dominator. Perhaps it is time for players to recall what the hero was initially about and start to fully abuse his early-game kit.

What do you think of Venomancer? Is he still among the most annoying heroes to play against, or are there other candidates you would like us to discuss? Oh dear....reddit is going to start shipping damage now. Thanks a lot, Kawaii.

Soooooo the bottom line I'm hearing here is just to pick Veno and play like Brood. Got it.

Thanks for noticing, fixed now) Yeah yeah. But have you tried Pos 3 Blink dagger ET? I never play the professional way, position 4 veno i focus on harrass almost exclusively, 1 in gale, 1 in wards and 3 in sting by 5 if the enemy pos 5 gets out of position they're usually an easy kill but then i'm trash tier so what do I know. 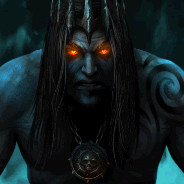 veno is strong in early game with timing and coordination easily can pick off enemy force staff and shadow blade is one best exit and survival kit veno can build.

Then the enemy buys dust.

Consistently deals the most amount of damage in the entire game. Buy pipe and you will be fine. pressure the lane at early stage, capture enemy jungle camps, provide vast area vision/info for allies to estimate the opponents' position... until the teammate in other lanes start to feed their head to enemies, not using the vision info correctly, play passively in own jungle camps, miss out the power spike timing... eventually lose the mid-late clash as enemies get their defensive items, then blame venomancer to being useless in game. Veno often end up having highest heroes damage deal but getting the blame for no impact in game... Still cant win with this hero

Still cant win with this hero This is a very good hero in Dota 2 for a support or full support role. Even with a low rating, he is often chosen. By the way, if you need boosting your mmr, you can use this trusted service: https://boost-hub.com/catalog/dota-2/solo-mmr-boost/dota-2-mmr-boost/ . I ordered an account upgrade there precisely for the role of support and the guys very often chose a venomancer and played very well!