Everything Can Work — Ember Spirit Support

We are going to finish the “core turned support” part of our Everything Can Work series with Ember Spirit — possibly the most controversial hero to appear on this list and certainly the most nuanced. To fully utilize the hero’s strengths without any farm priority the gameplay should be close to perfect and even then, we are not entirely sure it is worth it.

Ember Spirit has been falling out of favor in the professional scene: the hero is still quite popular, but success-wise, he is a far cry from what he was several patches ago. At the same time, his win rate in the highest level pub bracket is pretty decent: a little bit over 50% for the most popular hero in Divine+ games this month is a good and consistent result.

However, if we examine the hero more closely, he actually struggles in all lanes, except for mid. He doesn’t work too well as a position one carry or as an offlaner and, statistically and logically speaking, he doesn’t look like a good support.

Yet, some notable professional teams have tried the hero as a five and were partially successful in their execution. So today we aren’t talking about when Ember Spirit support is a good idea, we are looking for conditions, when the idea isn’t terrible and the reasons behind it.

The last couple of patches de-emphasized the laning stage slightly, but it is still incredibly important. As a melee hero, Ember Spirit can really struggle when put in a support position: he can’t boast the base stats of Ogre Magi or Nyx Assassin, he doesn’t have Pango’s or Earth Spirit’s mobility and he isn’t as much of a kill threat as early game Tusk.

What he can do, however, is continuously harass the enemy with relatively low manacost and fairly painful physical attacks, followed up by a potential setup. The buffs to the latter part, Searing Chains, is what initially allowed for the idea to emerge. They were nerfed since, but it can still work if and only if your position one carry is a proactive lane killer and not a hero who wants to farm as safely as he can.

Heroes like Bristleback are mostly fine staying in their lane solo, so having a weak laning support doesn’t bother them as much. They are also a kill threat from early on, and that allows Ember Spirit to truly shine with his long-range roots and constant poke damage. Repeat your simple combo enough times and eventually the enemy will either be forced to retreat or ferry more and more consumables, otherwise they will simply die.

While it does look ok on paper, the reality of it is much harsher: most offlaners in the current meta are more than capable of holding their ground and most position four supports have some tools for catching mobile heroes. So, in the absolute majority of games, expect to lose your lane. This means you will have to make up for it in the early mid game.

Midgame is when Ember Spirit truly shines and that is true for all roles. 160 extra damage on maxed out Sleight of Fist is no joke and it can kill enemy supports really, really fast. Couple it with a casual Blight Stone or Orb of Venom and suddenly you also have some added utility.

Again, it is pretty great in theory. Ember Spirit only needs levels to be a huge teamfight threat and with the help of Outposts and Tome of Knowledge he can get there, even if his laning stage was far from perfect. And if in any given team fight you manage to kill an enemy support, while setting up further kills through Root effects, your contribution is kind of adequate. Or is it?

The reason why Death Prophet works in a support position is that she can contribute all of the above, without losing the lane. Lost lanes frequently means lost towers and, quite probably, an underfarmed carry. As Ember Spirit, you can’t go for a one to one trade and call it a day: you will have to overperform to make up for the laning stage and it is not always possible.

It definitely isn’t impossible and we expect Ember Spirit players to create a ton of chaos and style on their opponents even with no net worth, but you must really know what you’re doing. Otherwise, you are definitely picking a hero to lose.

Support Ember Spirit is a hero we’ve seen played in the professional scene, but it doesn’t mean it is in any way a good idea for your pubs and definitely not for Solo Q. That said, there are some redeeming qualities for when you are playing in a five-stack, but you absolutely need an excellent Ember Spirit player who can land his combo 10/10 times and can always find a way to escape and go for a second wave of attack.

Some lucky neutral item drops are also a point in favor of support Ember Spirit: the ability to apply magic amp from Grove Bow, DoT effect through Dragon Scale or Armor and MS reduction through Orb of Destruction on multiple enemies with ease is a very compelling factor towards having Ember Spirit on any position in your team, but it is extremely unreliable. And when it comes to pubs, reliability is the name of the game. DotaBuff, ruining my pubs 1 stupid article at a time. "DotaBuff, ruining my pubs 1 stupid article at a time." agreed soon we will see am pos 5. article be like 'you can harass with mana burn, and even reflect spells! recover mid-game with battlefury' You should take this articles and put them in your ass. All in this series. Now every retards thanks to you is going to deboost mmr of others. Thank you really. Go now and write more of this shit please this is not enough. Next time write about support anti mage with mekanism please. or support phantom assassin with mana boots. everything can work ofc if you want to lose mmr. That's exactly why normal people are leaving this game because they simply can't play with all abusers and idiots in this game that want to play this crap builds. But go please do it more. Open after this new series where you write about how supports can be cores. Do that one please. It will be bestseller :) Trash journalism in its finest Just stop with this article series... Rofl these comments. Do you guys seriously think these articles are encouraging people to pick weird stuff instead of say...pros doing it, having success in a single game that people just happened to watch and aping that?
Not to mention that this whole "everything can work" philosophy (more like meme-mindset) was pretty much immortalized by NoTail, so if anything, you should be blaming him. Everybody flaming the author obv hasn't watched high-level dota in months. Pros are experimenting, you see Kuroky and Cr1t etc trying these builds and ofc most of us are really questioning it. These articles are just meant to show why they're getting kinda popular, not encourage it as the best way to play. Even the latest patch nerfed support Sniper cause it was taking over pubs. Take it up with Kuro if you don't like it

You guys really don't read, do you? He says NOT to pick it. He explains why NOT to pick it. Kawaii talks about how games would go, if it is picked (hint, since you obviously didn't read: NOT WELL). He talks about its presence in higher-level pubs and even pro games, and how it could POSSIBLY, BUT SHOULDN'T, go to pubs.

the tittle implies that ember spirit support CAN work , so in some way he is telling people to pick it
shit article

I'm interested why you chose Ember as the last core go support hero? There are others that seem more viable that are being played like Void Spirit and Qop, also support invoker has always been an intriguing one that has never taken off.

It'd also be interesting to get the perspective on why some core go support heroes have gone out of fashion like Kunkka, Slardar, Naga & Bounty.

We might do more heroes in the future and we really enjoyed working on the series since it allowed us to look at Dota in general from a slightly different perspective, while also keeping fundamentals in mind. Ember Spirit was chosen for that reason — he is most far-out kind of support pick, so it was fun trying it out in pubs (I don't do that in ranked and typically with a full stack who agreed to it).

Personally, I am excited to explore Viper Support a little bit more, because Bristleback has been quite annoying and Viper does actually have some great teamfight tools

Yes, please explore that and write new article about that. WE WANT MORE !!!! Because players wanted it :). And the guy top said how people shouldnt be picking this because you wrote how you didnt find it particularly useful. Well kids and idiots in pubs ranked ofc included are the ones that will exactly because of that pick and play this shit. They will think this is exactly how they will climb in MMR. Because maybe others didnt know how to play sniper support properly, so he will :). If you find it not exactly good in winrate then why writing at all especially with title CAN. Very useless articles. Better write more how should people use potential of items and when to buy what. Or counters to heroes or soemthing like that and not this shit. TY It's not surprising that people who complain about innovative picks are potato bracket.

tbh, as long as you know what you're doing, it's fine to pick any heroes to supp. I don't mind if you want to pick support spec or support AM, as long as you can prove to be useful at laning and teamfight.

Just don't be retarded using support spec then try getting radiance, get a vessel,glimmer, forcestaff That's really stupid to write articles like this, you're just ruining pubs. 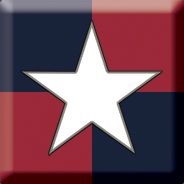 @Ivcha
Maybe in your archon bracket it won't work ofcourse, but in high level pubs game, perhaps it's possible. It's not really ruining pubs. Believe it or not, one team always loses and feels like shit after every dota game, and people usually manage to find a way to blame their team for it whether or not they have a support ember. you sure its not your 46% winrate thats ruining the games, Primate?

Hard concept but.. you can win or lose in a "ruined game" when it is won/loss from the hero pick screen. I'd rather lose a quality match than win against a team with stupid hard carry supports. 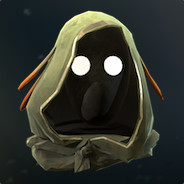 I saw 1 player in top tier picking pos 4 ember, he won those matches, but seemed his playing was less impactful than with normal supps. So i tried supp ember 3 times, 2 of those times were vs am and i felt even less useful, overall experience were underwelming and lost those matches. Kinda felt like pango pos 4, but much worse. guys if u dont like it dont read it.
is someone put a pistol on ur head and said: read this??? Ember spirit is not a hero you can handle. Dont play it. It's an incredibly complex hero that is out of your depth of comprehension. I can guarantee you don't even understand the spells properly. For example, if I asked you something basic like how far you can reach with sleight of fist and why, you would probably have to think for sometime and check some references before you can even think what the answer is. Yes, the hero is that tough it's just you don't realize that because you don't know why it's tough. The gameplay is completely different which evades your eyes most of the time.