TI9 Unpicked Heroes - Clockwerk, Ursa, and Keeper of the Light

A look at the meta

Most tournaments evolve a meta which is defined during group stages. Teams come out with their best strategies to gain any advantage they can and then other teams study what works well and copy those picks.

The meta of TI9 was defined by

OG who dominated games with carry Io, Alchemist, Enchantress, Magnus and other heroes who became first phase bans for most teams.

To understand why some heroes were picked and others ignored, it's important to understand the meta.

The most contested (combined picks and bans) heroes in the group stages were:

During the main event the most contested heroes were:

Other notable heroes were Shadow Demon, Chen, and Lifestealer.

What is similar about these heroes? Many of them have abilities which can influence team fights in significant ways by mitigating and amplifying damage.

These damage amplification and mitigation spells are sorely missing from Clockwerk and Ursa’s toolkit. They need to buy items such as Crimson Guard or Pipe of Insight and Ursa needs to buy items like Drums of Endurance, Blink Dagger, and Black King Bar before he can become effective in team fights. By the time they get these items other heroes will be out farming them.

The importance of a flexible draft

This is part of the reason Tiny, Enchantress, Ogre Magi, and Mirana were picked so often, they can play multiple positions and multiple roles.

An example of this would be game 3 of the upper bracket match of Evil Geniuses against OG. For OG’s last pick they chose Sand King for offlane and then Evil Geniuses countered this with Anti Mage. OG reacted masterfully to this and shifted 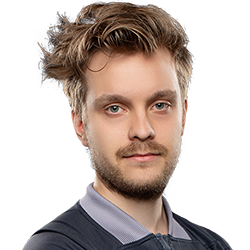 JerAx, the position 4, to play Sand King, and then 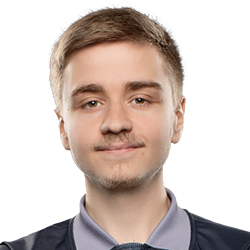 N0tail played Rubick as the position 5, all to allow 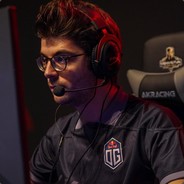 OG.Ceb to play position 3 Enchantress. This switch up worked well and OG ended up winning the game.

Also in the same game 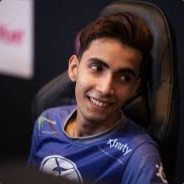 Sumail played Mirana as mid, a hero that is usually played as support.

With Clockwerk, Ursa, and Keeper of the Light, you know which position they're going to be playing and what kind of game they want to play.

Keeper of the Light

Keeper of the Light (kotl) is a hero that went through multiple changes to rework how this hero is meant to be played. Most notably Kotl’s ultimate ability changed from Spirit Form to Will-o-Wisp. Will-o-Wisp is an ultimate ability that causes enemies to be focused onto the Will-o-Wisp multiple times, incapacitating them. This spell was very powerful especially combined with refresher orb which allowed multiple instances of Will-o-Wisp to overlap, causing a very long area of effect stun.

The refresher orb effect was removed because it was too strong and ever since then Kotl has been ignored in professional games.

Kotl is also easily countered by popular carry heroes in the current meta such as Alchemist who has a high rate of attack speed and can get a Black King Bar 15 minutes into the game to kill the Will-o-Wisp before it can be effective in team fights. Lifestealer and Juggernaut are also heroes who can turn magic immune and kill the Will-o-Wisp so teams may have been hesitant to pick Kotl since popular heroes can counter his abilities easily.

Clockwerk’s playstyle did not fit too well in the TI9 meta compared to other heroes.

As a position 4 he needs to get up and close to the enemy to apply pressure. Other heroes like Elder Titan can instantly summon a spirit from a long distance and stomp, Earth Spirit can roll in from a far distance, and Mirana can shoot arrows from a very far distance.

As a position 3 he doesn’t have the same level of tankiness and ability to frontline like other popular offlane heroes. At TI9 offlane heroes were expected to build auras and sustain items which Clockwerk can’t do because he is the one who wants to initiate or counter initiate. He also lacks area of effect abilities to help him farm fast which many popular offlane heroes had like Tidehunter who can farm fast with his Anchor Smash ability.

Even though Ursa is a strong counter to the most contested hero at TI9 - Alchemist, teams may have decided that another hero is a better pick such as Lifestealer. Lifestealer has an ability that makes him magic immune, something that Ursa does not have. Ursa has his ultimate: Enrage which dispels debuffs on him but he can be kited easily.

Ursa is a strange hero to not be picked though because he’s a natural counter to not only Alchemist but Enchantress and Tidehunter as well. Enchantress has the ability to make enemies attack her slowly but Ursa can increase his attack speed greatly which makes him a counter. Tidehunter is tanky against most heroes due to his Kraken Shell ability but Ursa’s Fury Swipes ability cannot be dispelled by Kraken Shell.

He’s also one of the best heroes at killing Roshan who is always important in every high level game.

Perhaps because he does not offer much to his team unlike Sven who has a damage absorption spell and speed movement buff or Juggernaut who has a healing ward or Lifestealer with a built in magic immune ability. Ursa also lacks reliable tower damage which is a big problem for ending the game. I would give Ursa's Enrage the Aghanim Scepter upgrade without having to buy the item and give it another different upgrade, something like: decrease cooldown of his ulty and having 2 stacks of Fury Swipes, each with its own cooldown. Dunno if that would be too op in pubs though... Make will-o-wisp pierce spell immunity and he'd be in a good spot. I'd even be fine if they made that his level 25 talent instead of +3 flickers. As of now, like it was said, it's way too easy for a core to press BKB/spell immunity ability and hit the wisp. You can also just walk out of it pretty easy too. It's basically a 1-2 sec stun on a 120 sec cooldown. Everything what is written about clock and kotl is wrong. Clock got a lot of armor, base 2 + talent on lvl 10 (5 armor or smth) + phase boots make him pretty tanky. Also his ulty can be casted from quite some distance. His first and second spells are some kind of control, his ulty pierces bkb, and third spell gives vision + push lanes over all map + it gives you true sight with one of your talents. Also clock can be played as pos 5 4 and 3. So all what was written about clock is super wrong. Clock is super active from the moment he gets his ulty. So the fact that clock was not picked is just as mystery as it is for ursa. Kotl can be played pos 4 or 5, and kotl is very helpful right now. He got mana restore + mana leak at same time, so his 3rd spell is very versatile, good at defence and attack. His 2nd spell is a huge aoe spell that makes you miss in 50 or 60% of ur attacks, his first spell is still a heal during a daytime. And his ulty is a big aoe spell that can be easily casted in chrono to not allow void kill kotl's teammates. The analysis is pretty bad, because there's no real explanation why these heroes were not picked during ti9. Just like that probably. If u try to look on previous year's heroes and 2 years ago, you will have the same conclusion. Its just like that. There's no real explanation. Probably one explanation might be, what sense to pick a hero that you didnt practice if you can pick meta shadow demon who just removes 40% of health from a hero instantly, can save the same way with his 1st spell, and makes dmg from minute one with his 3rd spell. Not to forget his ulty that removes passives and buffs + slow throw bkb. Its not that Kotl was bad, just shadow demon was op.

^ just a different perspective, and you calling other's opinion is wrong. Good mentality! Keep it up!
Oh a Divine 2, ah sh1t here we go again :) what killed kotl was the change to refresher...

clock has been dead since forever

what killed ursa was himself aikyu3 SuBi ♪ oh shit, he have a point and written a response to the text, while you are just trolling him, and yeah immortals are calling you dogshit, so you have a point on us lower skills, but not universal point.

Clockwerk Aghs/Talent Suggestion:
Activating Battery Assault will create untargetable spark plugs to where he left every 300* range he travels. Spark plugs have the Battery Assault effects, provides 300 range vision and has its own duration.

f for these heroes Can't spell Keeper of the Light without unwanted meme what killed ursa is clifftz These heroes are by no means unusable or just plain bad... At least in pubs they tend to do ok. These three will definitely get some sort of buffs with the next patch. And we will again be suffering from Ursa spammers and how obnoxious that Clockwerk ult/cogs/ministun combo is... They have reworked Kotl only "recently" and I don't know if they are going to go there again... They may just take a do-over on him again. That Will-o-wisp ability was op with out the sync and now it is just a small nuisance... And he isn't played at all, even in pubs. Ursa kinda suprises me. But I guess his ability to push waves and hit towers is just too underwhelming for him to be relevant. Ursa is a hero killer. I'm surprised teams didn't pick him up for fast team fights and for ending the game early. Offlane enchantress was meta at the tourney that’s why Ursa wasn’t picked.