The final part of our meta overview is going to be focused on the most consistent and popular carry heroes. These are the heroes we see the most in our pubs, and the ones we must be the most prepared to face.

Anti-Mage was making a strong return to the meta even before 7.20 hit and the buffs the hero received made him even more appealing. Counterspell is an incredibly powerful ability that the hero essentially got for free—there were no strong associated nerfs to other aspects of the hero in the original patch, except for a 5% loss in magic resistance.

That makes him even better in the hands of experienced players. Previously, good Anti-Mage players needed to have excellent laning mechanics and great map awareness, so that they could capitalize on their mobility, outpace the enemy and win the game by simply having more items and levels.

Currently, in addition to all of this, they can also play more aggressively, especially if it is hard for the enemy to chain-stun him.

Probably the second or the first most iconic hero of the patch, depending on your MMR. Phantom Assassin and Magnus is a devastating combo that is easy to execute and has a massive payoff.

After the series of nerfs the community is now debating whether Phantom Assassin is a strong pick on her own, without the support of Magnus. Empower does a lot for the hero, bolstering her farm speed, allowing her to skip Battlefury and go straight into tempo items, while significantly increasing her damage output.

According to stats the idea that Phantom Assassin is only good with Magnus on her team sounds mostly correct, especially after the aforementioned nerfs. The hero currently sits at around 50% win rate and it is quite safe to assume that her win rate with Magnus is higher than this. It also means that her winrate without Magnus must be below 50%—not necessarily by a huge margin, but it means that PA is not overpowered or at least is not as overpowered as it may seem in some of our games.

Phantom Assassin wants to set the tempo and can be incredibly weak without a good start. Going for Battlefury increases her farming speed dramatically and is often a necessity in games where Magnus is not present, but it means that her Desolator is delayed. Without access to a very impactful armor reduction item, Phantom Assassin becomes less of an Assassin and has to be more of a Brawler and Phantom Brawler is as impactful as it sounds. If you see PA going for Battlefury, pressuring her early and playing proactively is a must—you generally don’t want to play against the hero at her full strength.

The rework of Strong Dispel and Hex interaction brought Slark back into the meta—once again, if played correctly, Slark can be the most elusive and hard to pin down hero in the game.

After receiving a series of nerfs Slark is now in a very good spot—he’s not overpowered to receive a massive nerf to become irrelevant for a year again, and he is good enough to be picked consistently as a win condition.

Perhaps the biggest upcoming change to the hero will come not from a balance patch, but rather how we play the game. Slark is still pretty mediocre in lane and both professional teams and high-level pub players were finding more success with Slark in a trilane. It is especially important given how he can now permanently steal Agility—a couple of early kills will allow the hero to snowball even harder, increasing both his damage output and survivability.

Perhaps one of the least exciting carry heroes in the list, Juggernaut is nonetheless the most consistent and the most successful. Being “online” from the very start of the game and having great flexibility allows better players to stay prepared to pretty much any situation.

Juggernaut is a kill threat in lane, even if it is a 2v2. He won’t necessarily kill a lot of enemy heroes or snowball out of control, but he doesn’t fully rely on his supports to secure him the lane and that dramatically improves how consistently he can get his farm and levels. Given a good enough start, he can also be perfectly fine alone in his lane. Supports who don’t have to babysit their carry are capable of many great things in the early game.

In the later stages the reworked ultimate makes Juggernaut a bigger threat than he was previously. The old way of thinking of Juggernaut as a tempo core still has some merit, but as long as Juggernaut is sufficiently farmed, his ultimate is more impactful. 3.5 seconds of uninterrupted DPS is a massive bonus, especially on a hero with one of the lowest BAT in the game. Because of it, Juggernaut remains relevant throughout all stages of the game and while he still shines the brightest in the mid game, there is nothing wrong with going late with the hero—just make sure that your item build and overall team strategy supports it.

Faceless Void currently wins roughly 50% of his games in Divine+ rankings. New Time Lock that can proc from itself can definitely lead to some frustrating moments, but experienced players will always find a way to play around it.

Laning stage is perhaps the period most influenced by luck—sometimes you can get three Time Locks in a row, sometimes you don’t see a bash for 4+ hits. Overall, however, it shouldn’t come into play unless either Faceless Void or their opponent already made a crucial mistake that lead to a situation where Time Lock can be a deciding factor.

When it comes to later stages of the game, Faceless Void still has the potential to be one of the most impactful carries, combining utility and considerable damage output. He doesn’t get to burst people down like Phantom Assassin or get invulnerable hitting enemies like Juggernaut, but he can set up for a great fight or allow for an easy pick-off on an enemy core.

One thing in common across all the heroes in this list is that they are melee and Monkey King is definitely among the best carries in the game against melee characters. The hero is often picked to secure a lane and guarantee that it breaks even at the very least. MK can consistently harass the enemy, can last hit pretty well, courtesy of his longer reach and poses a kill threat from level 2. He also sustains himself and can transition into a very powerful anti-carry, with his high mobility and early power level spike.

Despite being very popular and having all these merits, Monkey King is still a game-losing hero, with a winrate only slightly above 45%. Winning lanes isn’t as important in the current patch as it was in the previous one and a trilane with two ranged heroes can nullify all the bonuses MK gets in lane.

Looking for guidance in the professional scene reveals that stronger teams generally play Monkey King as an off-core. They win their lane, get some farm and a couple of items and then start roaming around the map with utility-increasing talents, pushing in waves, getting low-risk support kills and creating space and getting information for their other cores.

That space is what generally allows team with Monkey King to start attempting to finish the game early and Wukong’s Command generally comes into play not as a DPS tool, but rather a zoning one. With his decent Strength growth and extra armor from Wukong’s Command, MK can be a good frontliner that allows you team to breach highground early.

Melee Agility carries are currently reigning supreme in Dota. Many of them received some great buffs, some of them are there as an answer to other threats, but for the most part it seems it is Wraith Brand that is to blame.

Carries want to farm fast and deal lots of damage. In the current meta they also want to come online as soon as possible and be relevant. Wraith Band is the only early trinket that checks both of these boxes, increasing farm speed through agility and attack speed, while allowing the heroes to participate in fights early with their increased HP pool.

It is not necessarily a bad thing and we strongly believe there are answers to be found in other carry archetypes, but the current state of the carry meta definitely needs some evolving, preferably in a high-profile professional match. I've found lately my favourite safe lane is lycan with the new howl. It gives such a boost both offensively and defensively that it can easily lead to every single lane crushing. No Gyro with Wisp :feelsbadman: Nobody levels howl In the laning stage. What drugs convinced you that was a good idea? And who the fuck skip feral fucking impulse on lycan >what about lifestealer?
Dead hero Slark got back because the leash mechanic, now he can cancel ur TP and can't just pop TP or use Blink to escape why no techies carry :( Jugg with MoonShard/Manta/Diffusal Blade is fucking top Dps hero which destoys everything...

We getting a pos 4 article or not? Lifestealer isn't that dead, just saw a couple of high-mmr games where he crippled PA

Naix --> a creep with magic immunity and slow.
Lycan without ulti = a mega creep. 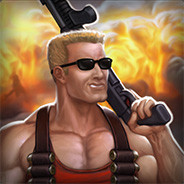 Lifestealer IS dead. Just because you saw him due good in a couple of high MMR games against PA means nothing. He attacks laughably slow and is old utility of get people below 50% HP ASAP was replaced with "take forever to get them to 0."

And to the other post, a 5 % loss of Magic Resistance is NOT a huge nerf on AM in exchange for a free lotus orb. Why no mentions on PL? Win condition?

Pl finally got balanced that's why he wasn't mentioned. how about clinkz with his new ULTi!! all str carry is dead So, apologies, but you talk about carries in 7.20 and focus on a 50% winrate carry, and literally don't mention 58% win-rate top tier Lycan. Lycan winning games isn't a surprise over the past few games. Then comes Huskar at 56% or higher across the board. Am I taking crazy pills? With all due respect, how did you literally miss the point, sir? mk worst hero in this game

"Moreover, people are wrongly treating the hero as a hard carry—Monkey King doesn’t scale well enough to be a win condition in the late game. "

It's actually vice versa. People play him as roamer and they have 0 farm and level, but MK is useless without it. Yes he can bully at lvl 2 but without farm he becomes useless and thus are his 45% WR. MK can be decent carry in late game if played right.

Also yes, article missed main carries this patch - Huskar and Lycan. Slark is very mediocre now and MK isn't a treat at all.