The International 2018 main qualifiers are over and we know the teams participating in the biggest tournament of the year. Regional qualifiers were extremely intense this year, with teams in CIS, EU and SA fighting for a single qualifier spot. More importantly, however, was the diversity of the qualifiers, with many regions having their own understanding of meta.

We won’t see a major clash between regions until the International itself, but we can discuss what different regions prepared for their qualifiers and how they will be affected by the changes introduced in 7.18. It is also worth noting that there were several heroes, such as Io, Lycan and Night Stalker, with an almost 100% Pick+Ban rate across all regions and they will not be a part of this discussion.

Chen Dominance in the West

EU and CIS used to be a single region and it is understandable how their metas are often quite similar. Moreover, according to information from the Russian casters, most CIS teams preferred to scrim against teams from Europe to hide their strategies from their direct opposition in the qualifiers. One hero both regions converged on is

Chen is, or at least was, the ultimate lane dominator. If he managed to find a Mud Golem camp early on, he could absolutely take over the game before the enemy had time to react: by “persuading” both golems in a camp, he gained access to three or even five 125 damage nukes with a ministun.

This early threat forces the enemy lane to either play very conservatively, missing last hits and getting scraps of XP, or engage in disadvantageous skirmishes in the hopes of stabilizing the lane.

7.18 changed Holy Persuasion cooldown from 10 to 32/24/18/10 making this strategy harder to pull off. You either need to wait extra 22 seconds to take control of the second Mud Golem, shattering the first, or go for a different creep altogether, sacrificing the burst potential.

Eastern teams didn’t value the hero nearly as much: he is only at 70% pick+ban in the SEA region and is completely absent from top12 most popular heroes in China. 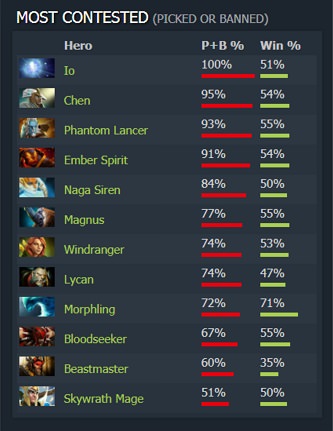 Ember Spirit one of the top picks for the European region. OG.Ana is an absolute beast on the hero, pushing him to his limits with calculated escapes. It is possible to play Ember Spirit safely, slowly farming up for the late game, but it certainly wasn’t the OG way.

OG.Ana treated his Health pool as a resource to be spent: at the end of the day it doesn’t matter how much health you have at the end of the fight if it is above zero and the enemy team is dead. This allowed him to have a lot of impact on teamfights and skirmishes at all stages of the game, accelerating his farm and experience gain, something safer Ember Spirit playstyles cannot achieve.

Three seconds of extra cooldown on Fire Remnant are unlikely to have a major impact on the hero and hopefully we will see more of the hero during the International. He is always a treat to watch, especially in the hands of talented players, such as Ana, Raven and w33. 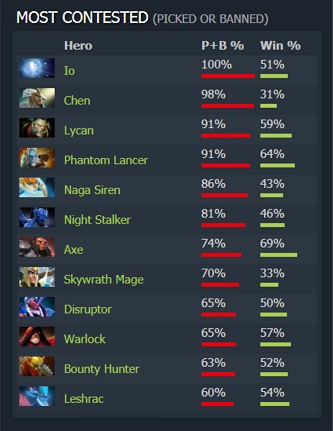 CIS is probably the most aggressive region in Dota. Russian and Ukrainian teams love to fight and they know how to do it well: what they might lack in terms of macro strategy they often more than make up for in terms of their teamfight execution and ability to dominate lanes, gaining early tempo.

Bounty Hunter are the CIS staples for a reason. Disrputor can either guarantee an extra kill for his team or prevent the enemy from retaliating in full force, while Bounty Hunter makes every single kill in the game a lot more valuable.

The region is often said to have immense individual mechanical talent but a severe lack of leadership and perhaps having a simple game plan is less of an option and more of a necessity. Go in, fight, lick your wounds, repeat—it might not be the most elegant or the most consistent approach to Dota, but it is certainly entertaining to watch. And who knows, maybe burning the enemy home to the ground while he is playing 4d chess in his mind will be the most successful strategy of this TI. 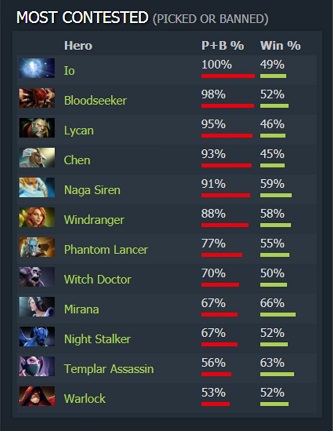 Bloodseeker became the second most contested hero in North America. We've recently discussed why the hero suddenly gained so much momentum and all of it still holds true, even after the nerfs in 7.18.

Meta favors strong lanes: you win your lanes, gain control of the map, secure at least three bounty runes and slowly grow your advantage. This approach was particularly prevalent in North America, where Bloodseeker pick would often be accompanied with several heavy lane harassers. This allowed him to do well in his lane, while also forcing rotations from the enemy team, allowing his teammates to have an opening on the other lane. When played well and the enemy team overreacts, Bloodseeker guarantees a victory on at least two out of three lanes.

It is going to be interesting to see how stronger teams at the International will react to Bloodseeker: it is absolutely possible that they will cut their losses, sacrifice one lane and will try their best to win the other two. Bloodseeker isn't much of a carry in the late stages of the game and is at his best when enabling some other core. Make the game an absolute nightmare for that core, starve him completely and suddenly Bloodseeker is enabling an under-farmed and under-leveled teammate, who will have trouble carrying the game. 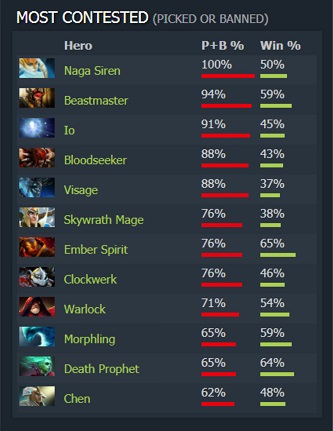 The rapid growth and development of the South American Dota scene is both inspiring and disenchanting. On one hand you have several extremely competitive squads emerging from the region: looking at Pain Gaming vs. SG-esports Grand Finals it is hard not to wonder what a match between SG and teams like Winstrike, EG, Optic and VGJ.Thunder would look like. On the other hand, we have match fixing scandals, DDoS attacks and macros usage—something all other regions have gone through and outgrown already.

But let's focus on the positives: South America, while heavily influenced by EU and NA legionnaires, still has its own personality. 100% pick+ban rate of Naga Siren and Io being only the third most contested hero is very different from what we see in other regions: Io is ubiquitously the most contested hero, sharing his first place with Lycan in China and Naga, while popular, is not banned in more than 80% of her games anywhere else.

Coming to Dota later than everyone can be seen as a positive feature of the region: while they might lack experience, they also don't come to Dota with ingrained mistakes, developed throughout the years. With a relatively open mind they can clearly see what ideas and strategies are outdated and what is worth copying and incorporating in their own playstyle. They will definitely make mistakes and will undervalue some heroes, while overvaluing others, but they will also learn from these mistakes and it is safe to assume that Pain Gaming will come to TI with a full bag of surprises.

Land of the Dragon (Knight) 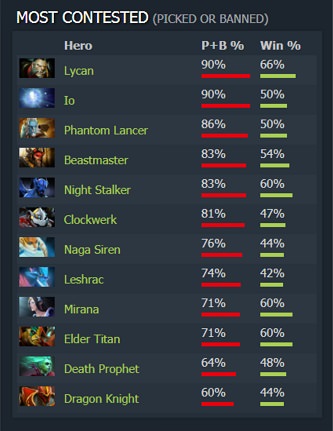 Chinese region qualifiers are interesting for several reasons: Team Serenity, who are probably the biggest Dark Horse of the tournament, lowest contest rate for Io and, of course,

Dragon Knight who Chinese teams are refusing to give up on.

DK was mostly substituted by

Windranger in all other regions. She is more flexible, offers comparable damage, farms faster and has similar survivability against physical auto-attacks. DK is certainly more reliable and maybe this reliability is what appeals to the Chinese teams: you can't shackle two heroes together for a massive advantage, but you also won't waste a cooldown on a 0.75 second disable.

Consistency and reliability are the defining characteristics of the majority of Chinese teams: they are less likely to be forced into a big mistake, but are equally as unlikely to force a mistake out of their opponent. They don't go for the "play", but rather go for the win. Time will tell whether the "slow and steady" approach will be enough against the top teams in the world, who are generally more willing to take risks. 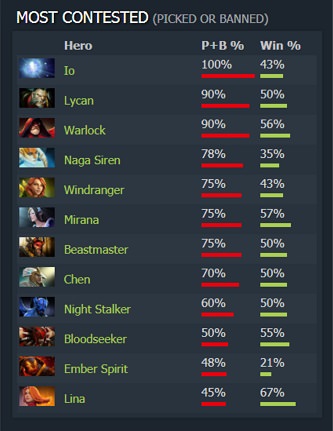 SEA region is probably the most diverse of all regions: it was home for extremely aggressive MVP.Phoenix, who heavily borrowed from CIS playstyle, but it also had a fair share of more tactical teams, often led by NA captains like Demon or 1437.

Mirana were valued higher, compared to other regions, while

Lina became the SEA specialty. For the most part her popularity should be credited to Fnatic.Abed and TNC.Tigers.inYourdreaM—these players were incredibly dominant on one of the riskiest mid heroes in the game.

There are going to be three SEA teams at the International 2018 and all three of them are very different: Fnatic wants to play around Abed, with the rest of the team creating space for their young star player. Mineski will try to create an illusion of chaos and disarray between Mushi's Iron Fist and Iceiceice shenanigans, while TNC will heavily rely on Tims to carry them from a support position. There is one thing they have in common, however—watching matches, involving any of these teams should be highly entertaining. "Iceiceice shenanigans"
That made my day 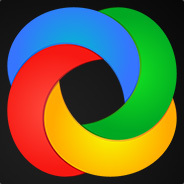 "Fnatic wants to play around Abed, with the rest of the team creating space for their young star player, Abed"
Abed. 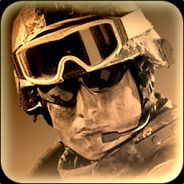