It’s Valentine’s Day, a weekend night, and that fondue place is completely booked. Staying in and cooking is the usual recourse, and perhaps a little Netflix, but why not some Dota as a nightcap? It’s a communal experience, both parties are invested in each other’s success, and it’s an opportunity to involve your significant other in one of your interests. Best of all, it's free.

However, the issue with learning anything new is the anxiety of failure, and in Dota, there’s no shortage of people reminding you of your mistakes—just be sure that you are not one of them. That’s why it helps to have someone there to trust, to confide in, and to be carried through what can be a contentious experience. For both parties involved, playing Dota can teach much about each other. Here’s a few ways to introduce a significant other to that thing you love.

Dota is a game, but it’s a game that has been integral in the stories of many gamers’ lives. Dendi found solace in Dota after the death of his father. Sumail, teenage immigrant, is the success story of the American dream. Everyone who plays Dota understands it’s more than that one hour experience of parading your hero towards the enemy’s Ancient. We create bonds with the people we play, we learn how to cope with losing, and we improve ourselves along the way. Every game starts off the same—at that hero pick screen, then with a gong—but we carry the experiences of all our games before. Why not have someone else to share that with?

That rolodex of heroes can be quite daunting to a new player in Dota. The easiest approach is to pick the hero yourself, and it will most likely be a support. It’s cliche, but there’s a reason why new players should play support, because they carry the least burden to win the game. You can get by with a support player who can’t pull, can’t zone, can’t cast spells, but good luck winning with a mid or safe lane player who can’t last hit and dies solo. The other reason is that you can be your partner’s lane partner. Pick heroes that are friendly to new players and with the least potential for costly mistakes. That excludes heroes with long cooldowns, multiple summons, or just core items that require more familiarity with the game (Blink Dagger).

Lich: Yes, it’s enticing to request your lane partner to just stay back and cast [missing skill: lich-sacrifice-5136], but there’s more to this skill that makes him great for new players. It gives players something to do when it’s unclear what to do. Because Sacrifice makes Lich sustainable, players can skip item choices for mana and gravitate towards the basic support items of Dota, such as Mekansm, Urn, and Wards.

Dazzle: “You…saved my life” is now a line you can utter within the safety of your home.

Shallow Grave is a good way to introduce new players to the game by being aware of the impact of skills on the field. This spell is able to do this much damage, and that spell can stun the entire team. The concept is also fairly simple: cast when a hero’s health is low or when you’re screaming for help.

Wraith King: Most of the time he’s a carry, but also functions a viable support and has historically been on top of Dotabuff’s win rate charts for pub games. He’s a one spell wonder with two lives, and his simplicity and resiliency is ideal for new players.

Nether Swap has potential to violate the “Do No Harm” rule for new players picking heroes, but it’s a good introduction to the offensive and defensive dynamic of Dota. It teaches that dying is not always the worst consequence, and if a swap saves the carry, then the team benefits overall.

There are other heroes out there that fit within the same rubric of viability. There are also heroes that a player will pick solely off aesthetics or just by the name. It’ll be a process of compromise, but most of all, just keep it simple.

Don’t be that person. That person who says “you’re doing it wrong” and reiterates why it was wrong, erasing any opportunity to learn. Like our previous posts about communication and flaming, look ahead rather than behind. It’s not about pointing fingers, but guiding towards a better outcome. If your partner dies from being out of position, talk about next time, how it’s better to stay this far away from this hero, rather than retread the moment.

Instead of criticizing bad decisions, reinforce good ones. The goal here is not to be the perfect Dota player, nor is it about winning or losing. The result is not as significant as the process, which is introducing someone to your interests and to have fun while doing so.

“I had a deal with my gf if I win team secret I get married. GGWP.”Virtus.Pro.fng

The night is set: candlelight, "Unchained Melody" playing in the background, and the glow of two computers set side by side for an intimate LAN party. For the familiar stories of what Dota has meant in the lives of Dendi, Fear, and Sumail, there are the unfamiliar ones where it has brought people closer together: one Malaysian couple sending out their wedding invitations in the form of a Dota International ticket; Virtus.Pro player FNG proposing to his girlfriend after a win against Team Secret; and another proposal between two TI4 attendees. You can play carry, your significant other can play support, and hopefully, one game will lead to another. great artical and I hope to see more girl gamers in Dota screen!! 'I had a deal with my gf if I win team secret I get married. GGWP.'

lol it is not impossible man ;D team secret is not performing well these times

what crap is this? pls dont try to be funny ever again In memory of Dota 2 source 1 BibleThump @skadi it already happened, during TI5, iirc. Someone correct me if I'm wrong. @ktn "wahhhh not everyone is like me make the internet my hugbox," I don't think it's too much of a big deal, tbh. Dat sky/venge wallpaper. I want it for steam background. Well I "date" someone, particularly a mutual friend (a girl), by playing Dota with her. Yeah feels awkward but there is something we can do after all. What the fuq is a girl gamer? Eggs why are your post the worst on this site? It doesnt always work out for some girls but luckly my wife used to play LOL so switching to dota wasnt that difficult, she said dota was alot better. :) Yeah trust me that fondue place was fucking booked. 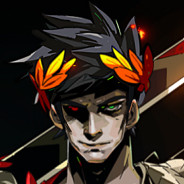 Gamers don't have gf we all know that.